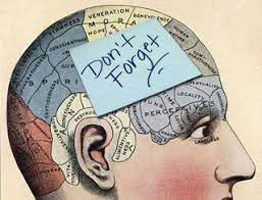 How CBD Can Improve Memory Diseases

The topic of CBD health benefits continues to grow with new CBD and Alzheimer’s research. In recent studies, CBD has been shown to reduce or remove the impact of inflammation, oxygen buildup and brain cell decline. CBD also increases levels of proteins that eliminate dead cells and plaques in brains with Alzheimer’s, improving both memory and motor function.

When the brain’s immune cells fail to clear blockages associated with Alzheimer’s disease, the result is an inflammatory response. When inflammation happens in the brain, oxygen is released as a result. The greater the inflammation, the greater the negative impact. Important brain functions such as memory are decreased as more oxygen is released in the brain’s cells. Memory loss and other brain deterioration indirectly leads to increased oxygen in the brain. CBD is an antioxidant, which helps reduce the problems associated with oxygen stress. Brain functions negatively impacted by oxygen stress can be improved by using CBD.

Alzheimer’s patients’ brain cells often show a path of rapid decline and destruction. The potential of stimulating brain tissue was recently discovered as a potential benefit of CBD. In clinical trials, CBD has shown the ability to reverse and even prevent the development of Alzheimer’s negative impact. A 2011 study by Australian researchers Tim Karl and Carl Group found that CBD promotes the growth and development of brain cells, reducing the decline of memory and other brain functions.

More recently, in a study researchers were able to increase levels of proteins in the brain (called IL-33 and TREM2) that maintain cognitive functions by eliminating dead cells and helping clear beta-amyloid plaque tangles associated with the disease. After CBD was regularly injected into mice afflicted with Alzheimer’s disease, scientists noticed major improvements in their ability to think. Specifically, the mice could better tell the difference between old objects and new ones. The mice’s movement improved, as well. People with Alzheimer’s often develop stiffness that affects their ability to walk, and mice with these same symptoms will continuously walk in a tight circle. After CBD treatments, that behavior stopped.

When it comes to choosing the right CBD oil quality matters. Blackbird Creek Farms produces premium, organic, third-party tested, CO2 extracted, medicinal grade, full-spectrum CBD oil products. From beginning to end we ensure our CBD products have been created to provide you with all the natural, high potency benefits CBD has to offer. You can be confident in knowing where and how your Blackbird Creek Farms CBD products are made, with 100% control of growing, harvesting, and formulating our CBD products, they come directly from our farm to your home.